And the Legion grows. My first new unit "done" for Kings of War for the Abyss.

The small caravan slowly wound its way up the side of the mountain.  They were an odd site, dark skinned men from the southern lands rarely made it this far north, and their brightly coloured cloaks and tunics struck a stark contrast to the bleak hills that surrounded them.

At the heart of the group sat a short round man who frantically wiped his brow with a cloth that had long since been too soaked to help. The air was hot and thick and his portly frame bounced with each step of his horse.  As a full member of the merchant guilds of Valencia he had traveled the steps of Kolosu his whole life but he had never felt such heat. Something was stirring out there.  Something just out of sight.

Like an itch you can't quite reach, he thought.  There was a foulness to this place today.  He could feel it.

The flies that gathered around his procession buzzed around his head by the dozens.  By his count it should be high noon and the sun should be blistering overhead but instead it was as dark as pitch. Black clouds thundered and roared yet no relieving rain came. By the gods he was roasting alive! How could there be such heat?

A bright flash and the crack of thunder from overhead broke his daze. It was another full day's march until he reached the gates of Sharhad in Basilia.  The guards looked around uneasily. They could feel it too.  There were no other travelers on the roads today. Perhaps the heat had driven everyone away?  No...it was more than that, he thought. There wasn't anything on the road - not a bird, not a fox, not even a stray dog.  Nothing but the sound of those accursed flies. These hills were well known for their bandits. Thieves who would descend upon the unprotected and weak with lightning raids.  That was why he had hired half a dozen of the finest mercenaries coin could by.  But there were no bandits today. There was nothing...

Waves of doubt began to run over him.  The heat would spoil half his wares if he did not make it by morning. "Berren", he called out to the young fighter riding to the front of the group, "Scout the pass ahead. I think it best that we push on thru the night. I don't like it here today. There is a uneasiness  that I can't shake.".

"As you wish, m'Lord." the man replied.  Berren was young but had keen look to him. His narrow face and long nose reminded Torren of a Hawk. And hawk's like him had good eyes.

The merchant began to drift in his thoughts again.  A cool bath in one of the marble houses and few pichers of Keretian wine would settle him.  Perhaps he would visit the house of of the Seven Ladies again.  If he could get his wares to the gates by morning... 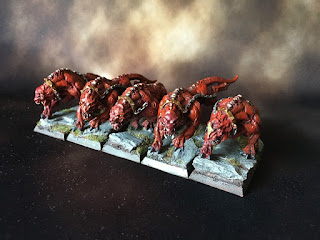 And the earth shuddered and shook. From the great chasm spewed for the hosts of the hells themselves. Twisted writhing masses of claws and flesh...The Abyss had broken through

The summer time is upon us and the summer means beaches, BBQs, and outdoor...oh who am I kidding?

The Legions of gathering....

This summer I hope you will join me in my journey to finding, collection, and painting up a new daemonic inspired army. 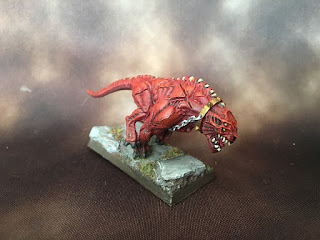 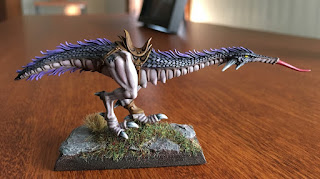 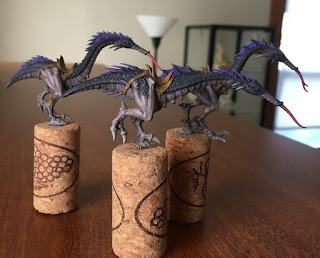 Spears! Assemble at my command!

Just a quick update on what I've been doing in the gaming universe lately... 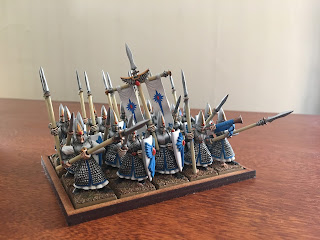 So yes...I've been a wee bit busy lately with work projects, a lovely lady, and lots of other parts of real life. But in the last month I've dusted off my figures and...

The Elves of Old have rode out to battle once again!!

It's time for some more Dropzone Commander and Kings of WAR!!! 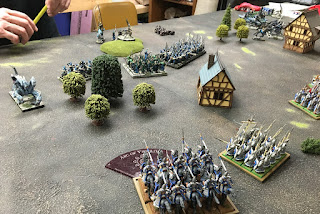 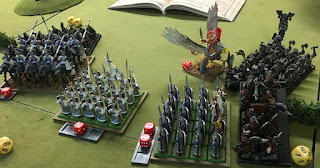 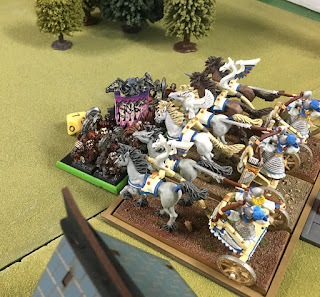 Click <<here>> for more (link fixed!) and article finished. Stay tuned for Part III - "Why I learned to love the bomb...erm...Kings of War".